Anaplasmosis in cattle is an arthropod-borne disease caused predominantly by Anaplasma marginale, and is generally characterized by fever, progressive anaemia and icterus. Two species of Anaplasma — A. marginale and A. centrale — are known to infect cattle in southern Africa. Anaplasma centrale generally produces mild disease, and, as cross-immunity between it and A. marginale exists, A. centrale is used in a live-blood vaccine to protect cattle against the more virulent A. marginale. Colostral and nonspecific immunity largely protects calves up to the age of about nine months from the clinical effects of infection. Susceptibility to severe disease increases with age. 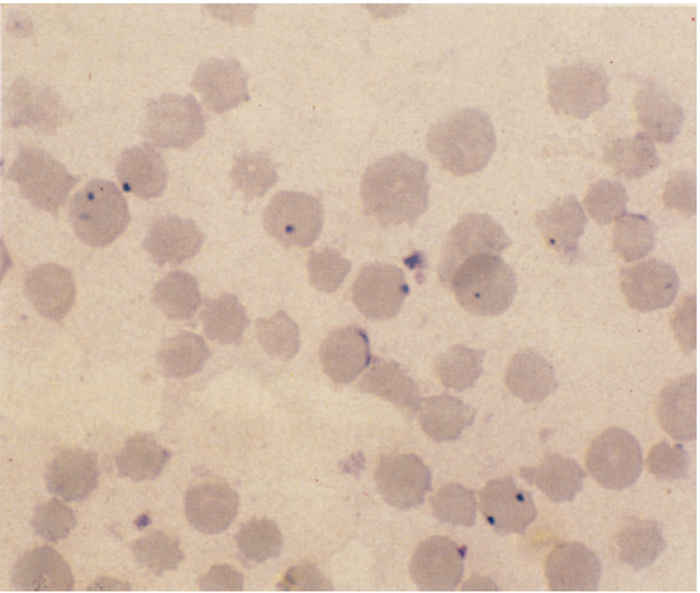 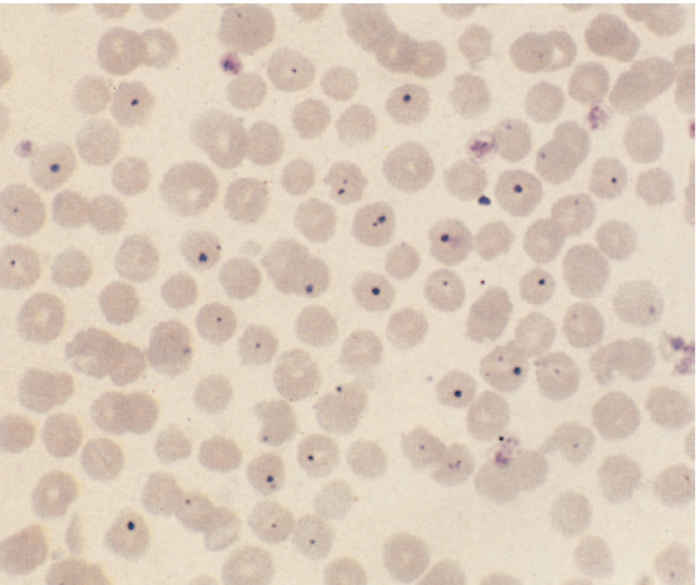 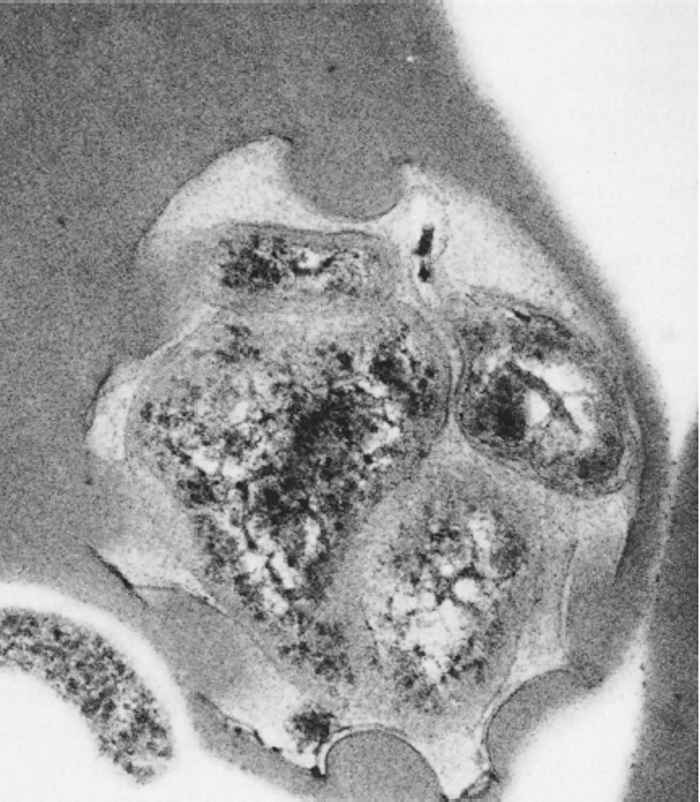 ‘Peripheral coccus-like bodies’ and ‘marginal points’ were observed in erythrocytes of cattle by Theiler in 1910, which was long before he identified these inclusion bodies as being the causative organism of the specific disease known by the local farmers at the time as gallsickness.228–230 Mixed infections of Babesia bigemina and A. marginale, which frequently occur, led earlier workers to believe that these ‘coccus-like bodies’ represented a stage in the life cycle of B. bigemina.218 Theiler in 1911231 referred to the following serendipitous discovery as a ‘lucky coincidence’. In 1908, cattle due to be imported from England to South Africa were vaccinated against B. bigemina with a South African isolate of this parasite. On their arrival in the then Transvaal, Theiler challenged them with blood from immune local cattle. Fifty per cent of these animals died, having shown fever, icterus, severe anaemia, ‘marginal bodies or points’ in the erythrocytes but no haemoglobinuria, and this led him to believe that these deaths were due to a different cause. He concluded that the ‘marginal points’ were independent organisms responsible for the acute signs observed and called them anaplasmata because of their lack of cytoplasm, and the disease caused by them anaplasmosis. The specific organisms were called Anaplasma marginale because of the marginal position (Figure 47.1) most of them occupied in the erythrocytes.7

Theiler231 in 1911 discovered what proved to be invaluable in the control of anaplasmosis. This was a different variety of the organism, which he called A. marginale (var. centrale) and which was subsequently named A. centrale (Figure 47.2). He based the distinction between A. marginale and A. centrale on:

Theiler immediately realized the tremendous potential of this organism of lower virulence for use in a vaccine, and the difference in the lengths of the incubation periods of B. bigemina and A. centrale infections made it possible and practical to vaccinate imported cattle with a combined redwater and anaplasmosis vaccine, which was sold for a shilling.232

The first A. centrale isolate made by Theiler was probably unique. Since this isolation was made it has been, and still is, extensively used in a live-blood vaccine in southern Africa, as well as in other parts of the world, including Australia, Israel and South America. Therefore, the distinct possibility exists that any subsequent isolations of A. centrale in these countries may represent reisolation of the original isolate of Theiler.

A more detailed account of the history of anaplasmosis in the southern African region and elsewhere is given by Henning.77

An analysis of the sales records of the A. centrale vaccine produced at the Onderstepoort Veterinary Institute176 serves as a rough indirect parameter of the prevalence and importance of clinical anaplasmosis in South Africa. Judging by the demand for the vaccine and the wide distribution of the tick vectors of the disease identified thus far,174 bovine anaplasmosis is the most widespread, economically important tick-borne disease of cattle in South Africa. The fact that the disease is also transmitted mechanically increases its potential distribution to areas which are free of the tick vectors. No studies, however, have been undertaken in southern Africa to determine its relative economic importance in the cattle industry. The severity of the disease is, amongst other factors, probably strain-dependent and is not regarded as being of equal importance in different countries. Contrary to the situation in southern Africa, certain South American countries and Asia, anaplasmosis in Australia is a relatively mild disease.36

Of the three Anaplasma spp. that are recognized in cattle,198 A. marginale is pathogenic in cattle, A. centrale causes a relatively mild form of the disease, and A. caudatum,103 which has been isolated from mixed infections with A. marginale, produces mild to severe anaplasmosis in North America.