Bovine haemobartonellosis is caused by Haemobartonella bovis, which is a rickettsial-like organism that parasitizes erythrocytes. Most infections are not clinically apparent and disease, characterized by fever and anaemia, is seen almost invariably only in splenectomized cattle.

Haemobartonella bovis was described by Donatien and Lestoquard in 1934, as cited by Gothe and Kreier,2 and is often encountered in blood smears of splenectomized cattle at the Onderstepoort Veterinary Institute in South Africa.8 Although the majority of Haemobartonella spp. infections which occur in several domestic and wild animal species are non-pathogenic, Haemobartonella felis, the cause of feline infectious anaemia in the domestic cat, is of considerable veterinary importance in southern Africa.

Haemobartonella spp. are pleomorphic, rod- to coccoidshaped parasites, 0,2 to 0,45 μm in diameter (figure 45.1) and 45.2), belonging to the order Rickettsiales, family Anaplasmataceae. The organisms occur in indentations of the surface membrane of erythrocytes, and are more closely associated with this membrane than are Eperythrozoon spp. Haemobartonella bovis is separated from the plasmalemma by a definite space.9 The parasites are sometimes arranged in chains, groups or pairs and have a limiting membrane, but no cell wall or nucleus. They are rarely encountered free in the plasma.

Haemobartonella stain well with Giemsa stain and are Gram-negative.

Extensive reviews have been published on eperythrozoonosis and haemobartonellosis in which the aetiology and other aspects of these infections are compared.2–4

An elucidation of the complete life cycle of Haemobartonella spp. is still awaited.

Haemobartonella bovis is probably widely distributed in southern Africa. It is believed that live-blood vaccines, such as those for anaplasmosis and babesiosis, produced from clinically inapparent H. bovis-infected cattle may be inadvertently responsible for the widespread distribution of H. bovis in South Africa.8

Little is known about the natural transmission of H. bovis, but it is thought that the parasite, as is the case with Eperythrozoon spp., might be arthropod-borne. Infection can easily be transmitted iatrogenically by inoculation of infected blood or organ suspensions. Unintentional mechanical transmission by all parenteral routes is possible.

No ultrastructural evidence has been found to show that haemolysis of erythrocytes is associated with high parasitaemias of H. bovis in splenectomized calves.9 Packed cell volumes show a significant decrease after which the parasitaemia subsides, and it is concluded that phagocytosis is responsible for the anaemia.

* For recent changes in the nomenclature of these organisms, refer to the introduction to Section 3, Rickettsial and chlamydial diseases 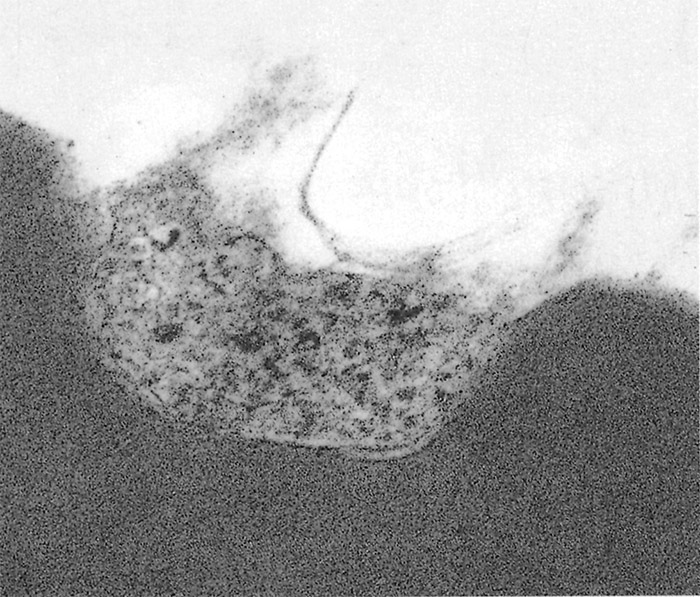 Figure 45.1 Electron micrograph of a section through an erythrocyte infected with Haemobartonella bovis. Note the parasite positioned in the indentation in the cell and the intimate association between the parasite and erythrocyte membrane 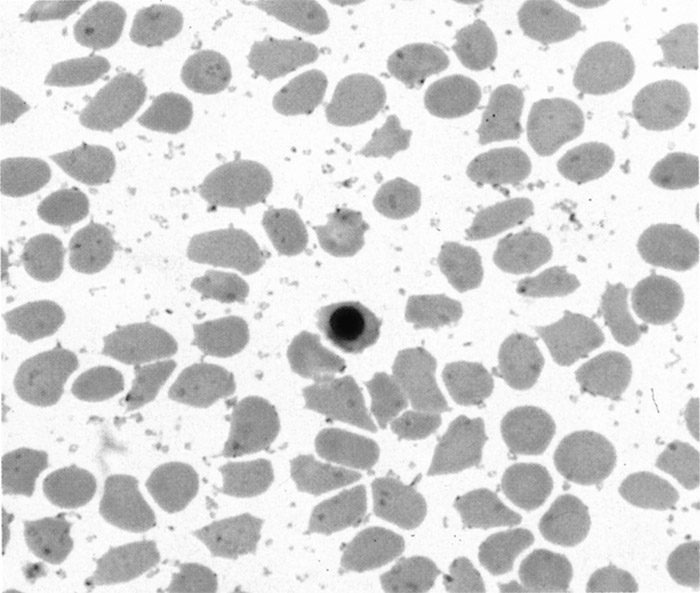 Figure 45.2 Light microscopic photograph of a Giemsa-stained blood smear of a calf infected with Haemobartonella bovis (× 1 000)

A decrease of blood glucose has been found to occur concomitantly with the parasitaemias in splenectomized calves.6 Erythrocytes parasitized by an H. bovis-like organism show a 3,69-fold increase in glucose metabolism.7 Haemobartonella bovis has not been observed to be pathogenic in Australia1 or South Africa.8

Apart from causing mild anaemia and fever in splenectomized calves, H. bovis generally appears to be non-pathogenic. 6, 9 Kreier and Ristic4 cite two reports of natural outbreaks of severe disease caused by H. bovis, but these are regarded as unique.

Little information on the pathology of H. bovis infection is available.1, 6, 9

A diagnosis of H. bovis infection should be considered in anaemic cattle, especially if they have recently been splenectomized or immunosuppressed.

Clinical signs are only evident in animals with advanced anaemia. If the examination of blood smears fails to confirm the diagnosis, blood of the suspected animal may be inoculated into susceptible splenectomized animals.

Depending on the level of parasitaemia, H. bovis can be confused with Anaplasma spp. infections on blood smear examination, particularly of splenectomized animals.