This content is distributed under the following licence: Attribution-NoDerivs CC BY-ND

Considering the diversity of the wildlife of Africa –the second largest continent –we really know very little about the helminths that affect them and even less about the diseases caused by helminths. Animals that die of helminthoses are quickly devoured by scavengers, especially in the larger nature reserves, and data on the cause of death and the necropsy findings are therefore usually not available. Another complicating factor is that the study of helminth biodiversity is an invasive process that is frowned upon by ecologists, game reserve managers, and animal rights ’activists. Because parasites are internal, it is not possible to remove them and leave the host alive, and artificial media for maintaining parasitic larval and adult stages are not in common usage. For many years helminths of mammals have been collected incidentally, usually during hunting expeditions and incidental postmortem examinations, and also from road kills. Until about 1940, numerous helminths new to science were described and the life cycles of several elucidated. During the Second World War and for a considerable period thereafter, the emphasis shifted to investigations of the pathogenic effects of helminths of domestic animals –and thus away from the helminths themselves. Helminths of wildlife received little attention and only a few new species or isolated and interesting cases were reported. From about 1973 onwards there was, however, a renewed interest in the helminths of wildlife. Conservation authorities made material that would otherwise have been discarded or ignored available to scientists of various disciplines, who then advised the conservation authorities of their results –to assist them with better management of existing conservation areas.

Round ’s Check list of the helminth parasites of African mammals of the orders Carnivora, Tubulidentata, Proboscidea, Hyracoidea, Artiodactyla and Perissodactyla, published in 1968, is still the only relatively complete and fully annotated check-list, but, particularly in East and South Africa, numerous additions have since been made.

In the same way that many host species have well-defined geographic distributions, so do several parasitic species. For example, eland are widespread in South Africa. Consequently, because several of the parasites infecting eland have specific geographic distributions, the composition of the parasitic fauna of these antelope in the Western Cape Province will differ from that of eland in the Karoo, which in turn will differ from that of eland in the Mpumalanga Lowveld or the Kalahari. Conversely, Trichostrongylus falculatus , which is widespread in South Africa, will infect blue wildebeest in the Mpumalanga Lowveld, springbok in the Karoo, and bontebok in the Western Cape Province. All these antelope also have a defined geographic range.

Gemsbok translocated to Langebaan Nature Reserve in the south-western part of the Western Cape Province acquired 20 times as many worms as their counterparts in the arid Etosha Game Reserve. Sheep introduced into the North West Province are exposed to Gaigeria pachyscelis, probably of blue wildebeest origin, and may die. Springbok introduced into the Bontebok National Park at Swellendam brought with them the lungworm, Bronchonema magna , which caused clinical disease in the indigenous bontebok.

Climate directly influences parasites by its effect on the free-living stages and on the vegetation, which in turn determines the distribution of the antelope hosts.

Because of climatic differences, it is important to give the regional distribution of the parasites when compiling parasite lists for the country.

The climatological regions of southern Africa are illustrated in Figure 87, and the helminths are classified as host specific, definitive, occasional or accidental parasites of their respective hosts in Tables 12 to 15. At the same time, their geographic distribution according to climate is presented. 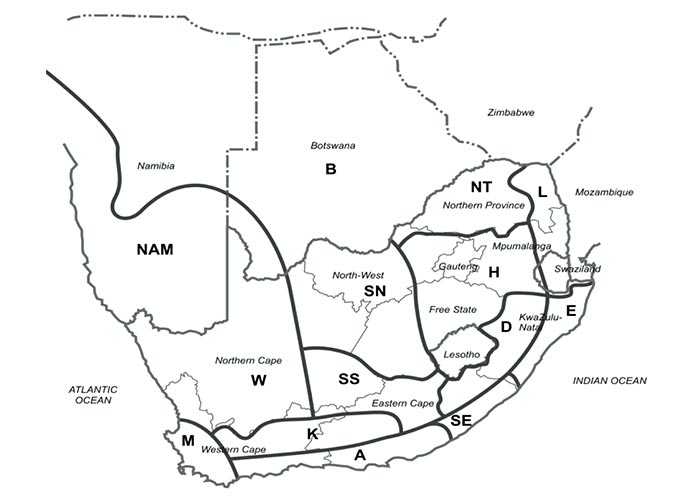 Figure 87 The climatic regions of South Africa (redrawn from Horak (1981), and published with kind permission of the Journal of the South African Veterinary Association) .

Some interesting observations emerge from these tables. Firstly, it appears that certain parasites are absent from some localities and are replaced by other species. A case in point is that no definitive parasites of grey duikers...