Ibaraki disease is an acute Culicoides-borne orbiviral disease of cattle characterized by stomatitis and, in severe cases, difficulty in swallowing due to degenerative and necrotic changes in the musculature of the oesophagus, pharynx and/or tongue. The virus is not pathogenic for sheep.16, 20, 30, 37

It was first recognized in Japan in the late summer and autumn of 1959 and 1960, when it caused severe economic losses to cattle farmers. The causative agent was named after the prefecture of Ibaraki, in which the virus was first isolated from affected cattle.16  At that time, however, because the physicochemical and biological properties of Ibaraki virus were very similar to those of bluetongue virus (BTV) it was referred to as ‘bluetongue-like virus’ and ‘Kaeishi virus’, the latter because the first investigators were from the Japanese National Institute of Animal Health or ‘Kaeishi’ in Japanese. The disease was also known as laryngopharyngeal paralysis because of the characteristic clinical signs.16, 36

Ibaraki virus (Figures 1 and 2) is a member of the epizootic haemorrhagic disease of deer (EHD) serogroup (see Epizootic haemorrhagic disease ), genus Orbivirus of the family Reoviridae.10  It is a typical orbivirus (See Bluetongue Figure 2). It was initially classified as serotype 7 of the epizootic haemorrhagic disease virus (EHDV),11  but it is now classified as serotype 2 based on neutralization tests with isolates from North America, Japan, Nigeria and Australia.7, 8, 13, 34 The primary determinant of EHDV serotypes is VP2 encoded by genome segment 2 (Seg-2),28, 40 and the nucleotide and amino acid identities of complete Seg-2/VP2 sequences are 95.5 per cent and 96.8 per cent between Ibaraki virus and an EHDV serotype 2 strain of Australia (strain CSIRO 438).1 However, the identities are only 71.1 per cent and 73.6 per cent between Ibaraki virus and the prototype strain of EHDV serotype 2 (strain Alberta) that was isolated in Alberta, Canada.1

Ibaraki virus causes cytopathic effects in primary cell cultures of bovine, sheep and hamster kidney origin.38 It also replicates in cell cultures of BHK21-W11 of baby hamster kidney origin,18  HmLu-1 of suckling hamster lung origin, and mouse fibroblastic L cells, but not in primary cultures of horse and porcine kidney cells nor in HeLa cell cultures. When Ibaraki virus is injected into the yolk sac of chicken embryos, viral growth is as rapid in four-day-old embryos incubated at 33,5 °C as it is in those incubated at 37 °C. The virus also multiplies in the brain of suckling mice infected intracerebrally.39

Ibaraki virus grown in HmLu-1 cell cultures haemagglutinates a wide variety of erythrocytes including bovine, goat, sheep, horse and rabbit, a property shared with other orbiviruses, such as African horse sickness (AHS) virus and BTV.48-50

Ibaraki disease was first recognized in the southern and central parts of Japan from August to December 1959, when it affected 30 076 cattle and caused 4 023 deaths. In 1960 a similar outbreak occurred from the end of September to December, involving parts of the Chubu and Kinki districts in the central part of Japan. In this outbreak a total of 4 717 cases were reported.16, 36, 37

Since the first outbreaks of Ibaraki disease in Japan no cases were recorded until 1982 and 1987 when further outbreaks occurred. In both of these outbreaks stillbirths and abortions were also reported.23

In the summer and autumn of 1997, many clinically affected cattle were observed on Kyushu Island, to the west of Japan. During the same period many pregnant cows aborted or had stillbirths. The serum of affected cows and some of the foetuses contained antibody against Ibaraki virus, and virus was isolated from some of the foetuses although the isolates differed genetically from strains isolated previously.51 Later, the isolate was further analysed and identified as EHDV serotype 7.42

In October to December 2015,  46 cattle in Hyogo Prefecture, Japan showed clinical signs similar to those of Ibaraki disease including fever, anorexia, cessation of rumination, swollen eyelids, salivation, paralysis of the tongue, and difficulty in swallowing. The pathological findings were also similar to those observed in Ibaraki disease, but the causative agent was EHDV serotype 6.21 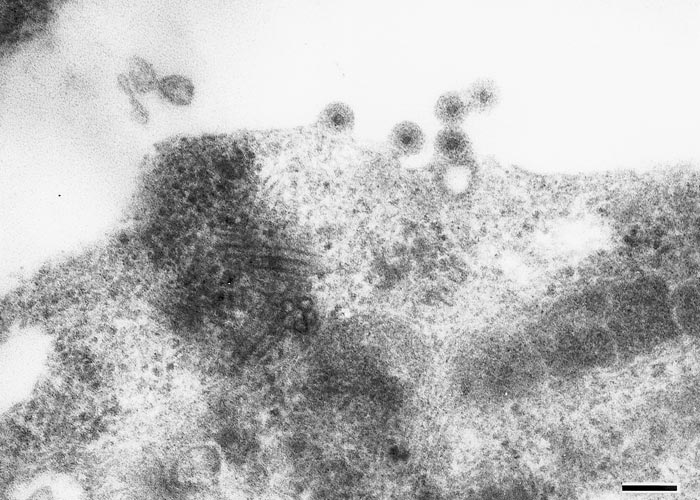 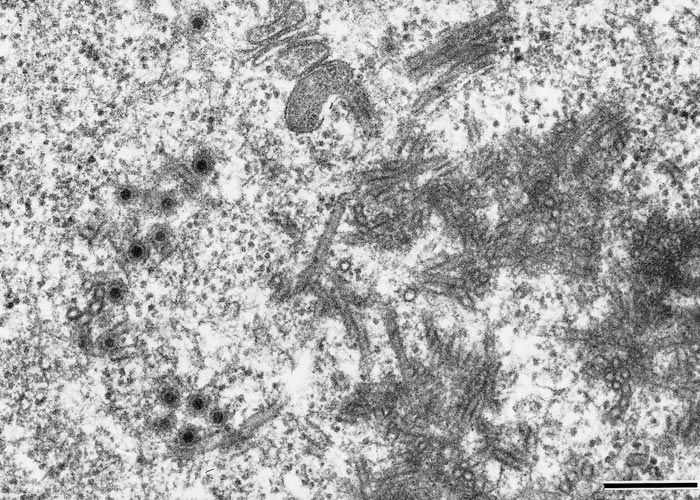 Serological surveys conducted from 1972 to 1975 to determine the possible involvement of arbovirus infections in the occurrence of congenital abnormalities in cattle in Japan, revealed that 16,4 per cent of...