Leishmania spp. are widely distributed in Central and South America, East and West Africa, Asia, the Mediterranean basin and some neighbouring European countries, but they are rare in southern Africa. The cutaneous form of the disease has recently been diagnosed in two sheep from different localities in South Africa.15, 22

Members of the genus Leishmania, which comprises a considerable number of species, belong to the order Kinetoplastida and family Trypanosomatidae.11 Identification of species within the genus is complex and is based on clinical and pathological features of the disease, geographical distribution, morphology and behaviour of the parasite, and the results of biochemical and immunological tests.10

Diseases caused by Leishmania spp. are transmitted by blood-sucking sandflies of the genera Lutzomyia in the New World and Phlebotomus in the Old World. The disease in dogs is caused by L. infantum.

There is usually a primary reservoir host for a given Leishmania sp. in a particular area where the parasite is maintained by a cycle between sandflies and the mammalian hosts (Figure 22.1). Secondary and incidental mammalian hosts also become infected.2 Both domestic and wild dogs (Lycaon pictus), as well as rodents and other wild animals, are reservoir hosts, but occasionally humans may act as the main reservoir.

The parasite occurs in two forms: a promastigote stage which is found in the sandfly; and an amastigote stage which occurs in the mammalian host. During feeding, the infected sandfly injects promastigotes into the dermis of the mammalian host and these are engulfed by phagocytic cells before transforming into amastigotes which multiply by binary fission. Heavily parasitized host cells eventually rupture, and the liberated amastigotes invade other macrophages in which they may be spread locally or systemically.17 In tissues, amastigotes of all Leishmania spp. are morphologically similar (Figure 22.2 and Figure 22.3): they are round to oval bodies, 1,5–3 × 2,5–6,5 μm in diameter, containing a single nucleus and a rod-shaped kinetoplast.17

Leishmaniosis has rarely been reported in livestock. There have been reports of infection in calves from Africa in the early literature, but no details are given.13 The cutaneous form of the disease occurs frequently in horses, donkeys and mules in endemic areas of human and canine leishmaniosis in Venezuela and Brazil.3, 4 In 1989 and 1990 cutaneous leishmaniosis was diagnosed in sheep in South Africa — in one instance in two adult ewes in a flock near Barberton in Mpumalanga, and in the other in one sheep near Greytown in KwaZulu-Natal.15, 22

Canine leishmaniosis is endemic in the Mediterranean countries, and is occasionally seen in North Europe and in the USA in dogs that have previously been in endemic areas.20 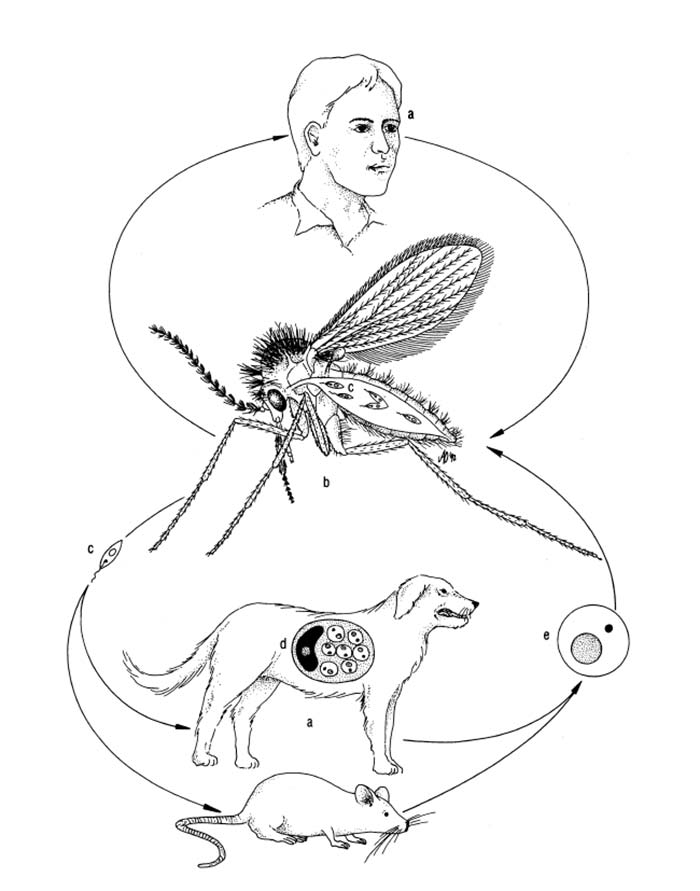 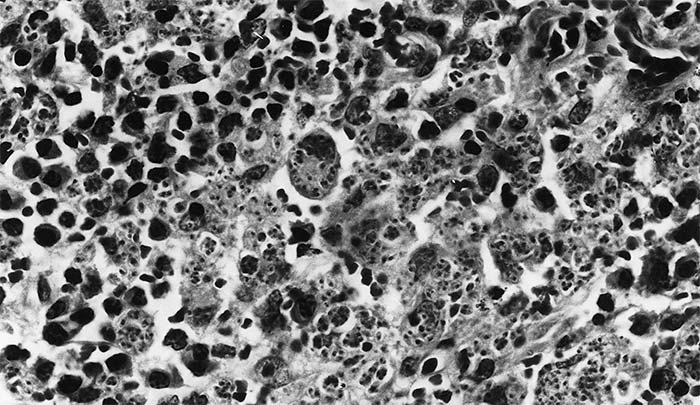 Figure 22.2  Leishmaniosis in a sheep: numerous macrophages in the skin containing amastigotes of a Leishmania sp.

In South Africa, visceral leishmaniosis has been diagnosed twice in dogs: in 1964 in a dog from Durban whose life history is uncertain;18 and in 1987 in an animal from the Free State which had never left the country.23 In Namibia, 34 cases of cutaneous leishmaniosis in humans have been diagnosed since 1970,9 while only a single case of the cutaneous form was reported from the Northern Cape Province in 1979.1

The epidemiology of leishmaniosis in southern Africa is not known. In Namibia, apart from humans, Leishmania parasites have also been isolated from the skin of hyraxes (Procavia capensis) and from naturally infected Phlebotomus rossi sandflies (which are possible vectors of the human disease). The isolates made from humans and sandflies are identical, but are distinctly different from those recovered from the hyraxes. The two Namibian strains of parasite are also dissimilar to L. tropica and L. major which cause cutaneous leishmaniosis in the Old World and are afforded separate status.9

Leishmaniosis in humans comprises several syndromes depending primarily on the species of Leishmania concerned. The clinical spectrum ranges from asymptomatic infections to those with a high mortality. Lesions may be confined to the skin (cutaneous leishmaniosis) and result, inter alia, in nodule and ulcer formation, known in some parts of the world as the ‘Oriental sore’; to the mucocutaneous tissues (mucocutaneous leishmaniosis, sometimes referred to as espundia), in which the organisms are found in endothelial and mononuclear cells of the skin and mucous membranes of the nose, mouth, pharynx and elsewhere and may result in severe disfigurement of the invaded tissues; or they may involve several tissues especially the liver, spleen, bone marrow and lymph nodes (the highly fatal visceral leishmaniosis or ‘Kala azar’).21

In dogs, the parasites multiply...