Some of the most important diseases of livestock on the subcontinent are caused by hepatotoxic plants; for instance, geeldikkop and seneciosis are respectively rated the second and third most damaging plant poisonings in South Africa.133 Apart from photosensitivity, which distinguishes some hepatotoxic conditions, the clinical signs of most liver diseases are very similar. Owing to this similarity, some corroborative evidence – such as the presence of the incriminated plant in the paddock and the appropriate microscopical lesions in the liver – is usually necessary for a specific diagnosis to be made.

Photosensitivity in animals may be primary or secondary (hepatogenous) in origin. In the former, the photodynamic agent is absorbed from the gastrointestinal tract and reaches the peripheral circulation via the unimpaired liver. Such agents include fagopyrin in Fagopyrum esculentum and hypericin in Hypericum perforatum. In contrast to primary photosensitivity, which is rare in South Africa (see The skin and adnexa), hepatogenous photosensitivity is common and of major importance.

Hepatogenous photosensitivity of ruminants in South Africa may be induced by several hepatotoxic plants, two fungi and possibly three cyanobacteria.127, 274 Generally speaking, these syndromes can be divided into two groups, depending on whether the parenchyma or biliary system is primarily affected.

Figure 1 (a) Chlorophyll, and (b) its photodynamic metabolite phylloerythrin

In both instances the liver damage is of a type which results in the retention of phylloerythrin (Figure 1), a photodynamic porphyrin derived from the degradation of chlorophyll by micro-organisms in the gut.230, 232 Where phylloerythrin comes into contact with sunlight, for instance in the exposed unpigmented parts of the body such as the face of a Merino sheep, it reacts with rays of a certain wavelength to cause oxidative changes in the cells of the skin and adjacent tissues.47, 48, 260 The altered unsaturated lipid components of membranes, in particular those of lysosomes, result in rupture of the latter and the release of hydrolytic enzymes and/or chemical mediators of inflammation.

Photosensitivity is clinically characterized by a tendency of the animal to avoid sunlight, coupled with pruritis, erythema and swelling of the affected parts (Figure 2(a)). Eventually the skin becomes leathery or parchment-like, often immobilizing the lips or eyelids (Figure 2(b)). Since phylloerythrin, like bilirubin, is excreted in the bile, hepatogenous photosensitivity is almost invariably accompanied by some degree of icterus (Figure 2(c)). In all but the most acute cases coronitis is present (Figure 2(d)).265, 288, 315

For the pathologist, centrilobular necrosis in the livers of livestock is a common change having various causes. Such a change has been associated with the acute poisonings of many hepatotoxic plants, including Senecio spp., Crotalaria spp., Cestrum spp. and Pteronia pallens; anaemic conditions, e.g. haemonchosis, anaplasmosis, babesiosis; anoxia of the centrilobular hepatocytes as a result of heart failure, shock, disseminated intravascular coagulation; and with Rift Valley fever viral disease, particularly in cattle. Centrilobular fibrosis, on the other hand, is rare in stock, where it usually is associated with congenital or acquired chronic right heart failure. Although many indigenous plants are cardiotoxic, only sheep and goats poisoned by Galenia africana (and exceptionally in gousiekte) seem to develop hepatic lesions compatible with chronic right heart failure. 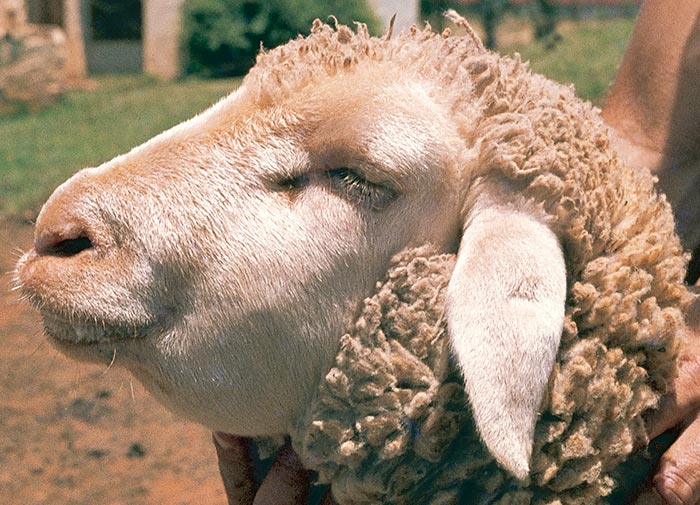 Figure 2 a Characteristic features of hepatogenous photosensitivity: oedema of the face 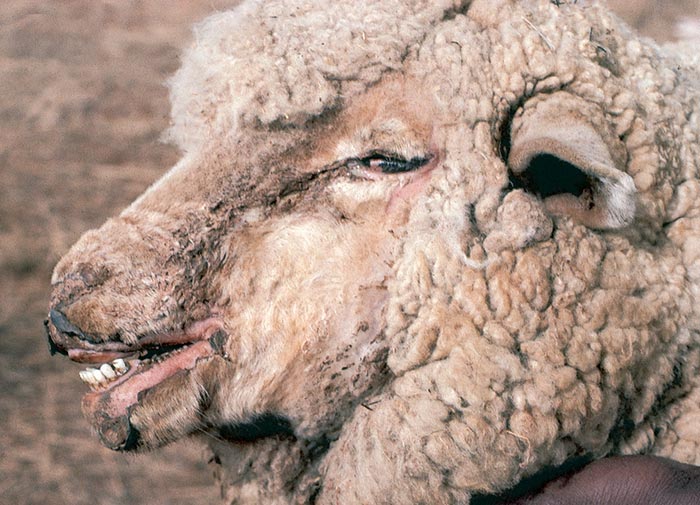 Figure 2 b Characteristic features of hepatogenous photosensitivity: immobilization of the lips by necrotic skin 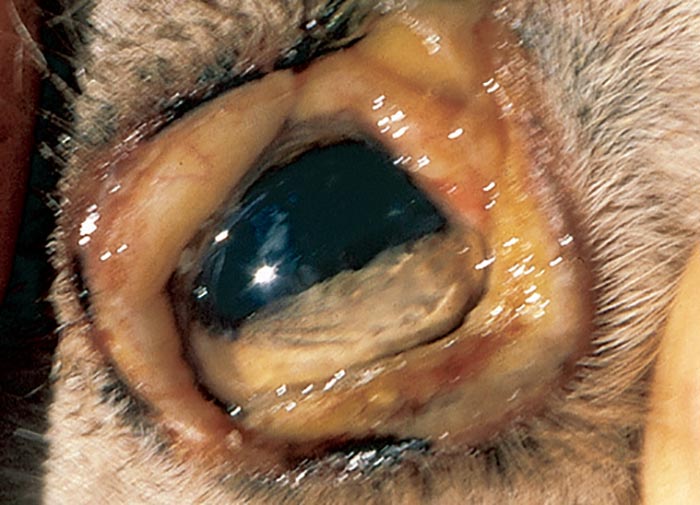 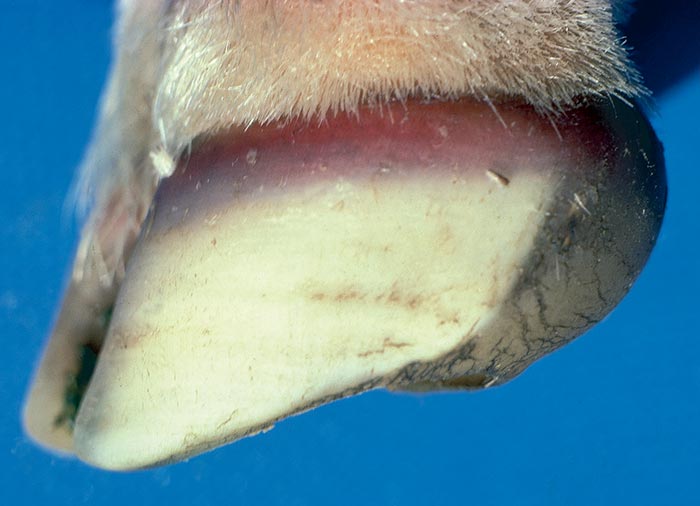 Aflatoxicosis is an acute, subacute or chronic liver disease of humans and animals caused by aflatoxins, which are metabolites of Aspergillus flavus and A. parasiticus. This well-known mycotoxicosis has recently been ably reviewed and summarised, from a veterinary point of view, by Cheeke (1998)55 and Osweiler (1996).205

These fungi are ubiquitous, saprophytic moulds, growing on a variety of grains, feed and foodstuffs, such as groundnuts, maize, cottonseed, sorghum, sunflower seeds, rice and edible nuts.46, 76, 135, 142, 163 High humidity and high temperature during pre-harvesting, harvesting, drying, transportation and storage, as well as damage to field crops by insects, droughts and mechanical injury during harvesting, favour the growth of A. flavus and its toxin production.11, 46, 76, 102, 134, 163, 221 In addition to these predisposing factors, certain genotypes of peanuts and maize are reportedly more susceptible to infection.76

Aflatoxins are derivatives of...