Parainfluenza type 3 (PI-3) virus commonly causes respiratory infection in cattle, sheep and goats with little or no clinical manifestation. However, in association with other viral and bacterial pathogens and stress-inducing situations, it causes severe pneumonia in cattle which is sometimes referred to as ‘shipping fever’ or enzootic pneumonia. It also infects humans. It is, however, uncertain whether or not PI-3 virus can be transmitted between humans and animals.

Four serotypes of parainfluenza virus have been described, but almost all infection and disease in livestock is caused by serotype 3 (PI-3). The virus was first described in the USA in 1959.23 It has a worldwide distribution in cattle, sheep and goats and is regularly isolated from clinical cases of respiratory disease in feedlot cattle. Together with other infectious agents, PI-3 virus constitutes part of the bovine respiratory disease complex28 (see Pneumonic pasteurellosis of cattle). In South Africa, serological studies have shown the virus to be widespread among feedlot cattle,3 and it has been isolated from cattle with clinical signs of respiratory disease.30

Apart from its association with disease in cattle and sheep,14 PI-3 virus may also be involved in mild respiratory disease of goats8 and it has been described in horses,10 although it is not recognized as being a common or important cause of respiratory disease in that species. The virus has been isolated from an aborted bovine foetus,25 and haemagglutination-inhibiting antibodies were found in 53 per cent of aborted foetuses in one study in the USA,11 but the significance of these findings is unclear as PI-3 is not a common or important cause of reproductive failure.2

Parainfluenza viruses are classified in the genus Paramyxovirus of the family Paramyxoviridae.17 The virions are enveloped and measure between 120 and 300 nm for the round and pleomorphic forms (Figure 51.1), and up to 5 000 nm in length for filamentous forms. The single-stranded negativesense RNA genome is unsegmented. Nucleocapsids have helical symmetry and show characteristic herring-bone patterns (Figure 51.2).

The envelope contains lipids and glycosylated fusion (F) and haemagglutinin-neuraminidase (HN) proteins. These proteins are responsible for cellular fusion (syncytium formation), adsorption of the virus to cell surfaces and its subsequent release.

Human, bovine and ovine PI-3 viruses are antigenically related but are not identical.6 Differences in haemagglutinin, neuraminidase and syncytium-inducing (F protein) activities may be related to differences in pathogenicity of different isolates.4, 26

Apart from livestock and humans, PI-3 virus has also been found in captive monkeys (Erythrocebus patas),7 water buffaloes (Bubalus bubalis)27 and African buffaloes (Syncerus caffer).16 There have also been reports of infection in deer, dogs, cats, guinea pigs and rats,12 indicating a wide host range. However, it is not clear whether or not these species constitute a source of infection for livestock.

The virus is shed in nasal and ocular secretions; in experimentally infected cattle, shedding of the virus may continue for eight to ten days after exposure.32 Susceptible cattle presumably become infected by means of aerosols that come into contact with the mucous membranes of the eyes, nostrils, and genital tract. Persistently infected (carrier) animals have not been reported.

The interrelationship between PI-3, other infectious agents and conditions which induce stress in the causation of the bovine respiratory complex is discussed elsewhere (see Pneumonic pasteurellosis of cattle).

Epithelial cells in the trachea, bronchi and alveoli are infected primarily. Necrosis of ciliated epithelium interferes with the mucociliary clearance of dust, fluid and cellular debris from the airways. 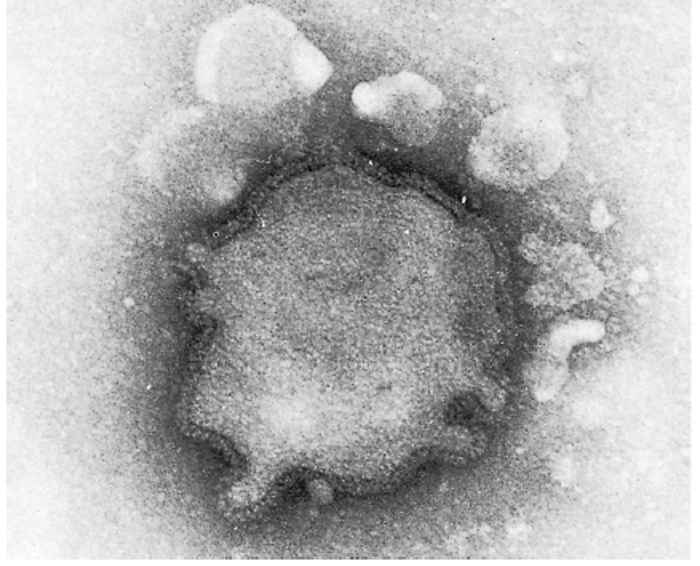 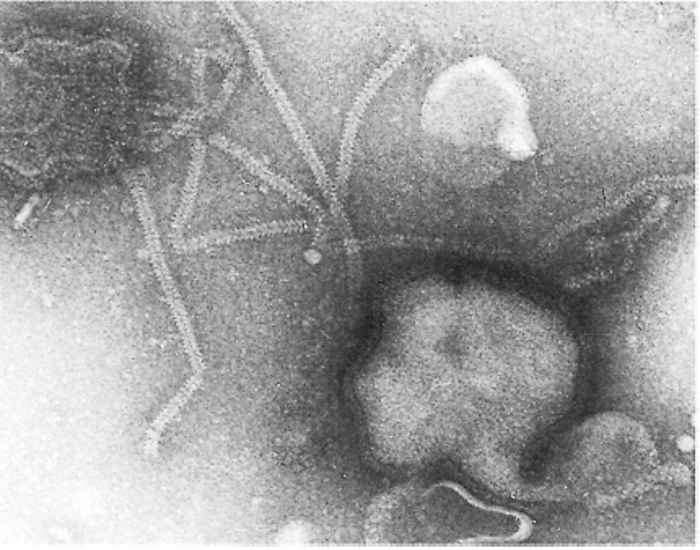 There is no evidence that PI-3 infection in cattle is immunosuppressive, but it does predispose lung tissue to bacterial invasion — mainly as a result of its adverse effect on alveolar macrophages,5, 9, 19, 20, 22 in which it is capable of replication,24, 29 and its influence on the interaction between macrophages and lymphocytes that is normally required for maximal lymphocyte responsiveness.15

Most PI-3 infections in cattle are mild or clinically inapparent. Development of clinical disease is usually dependent upon interaction with other factors, both infectious and environmental (see Pneumonic pasteurellosis of cattle). Where PI-3 virus expresses its pathogenic potential in combination with Pasteurella and Mannheimia spp. infections, the clinical signs and lesions are typical of bovine pneumonic pasteurellosis.

After an incubation period of between 24 and 36 hours, a fever that may last six to ten days will develop in some calves. In uncomplicated cases, the fever is accompanied by lachrymation, serous to mucopurulent nasal discharge, depression and dyspnoea. Recovery is the general rule, but when secondary bacterial infection occurs, coughing, dyspnoea and depression may be severe and can be fatal, with death occurring within three...