Outbreaks of diarrhoea similar to transmissible gastroenteritis (TGE) but without the involvement of suckling piglets and caused by a coronavirus distinct from the TGE virus (TGEV), were first reported in England in 1971.71 Porcine epidemic diarrhoea virus was first isolated in 1978 and was found to be serologically unrelated to the other porcine coronaviruses.50, 51 It was subsequently also associated with diarrhoea in neonatal piglets.51, 71 Later, severe PEDV-induced outbreaks of diarrhoea in pigs of all ages were reported in Asia.30, 34, 60 In Europe in the 1970s-1980s, PEDV caused widespread epidemics with severe losses in suckling pigs. Then, PEDV became endemic in weaned and feeder pigs, with epidemics occurring occasionally.52 In Asia, epidemics with important losses in suckling pigs were first reported in the 1980s and continued to occur in the 1990s and 2000s. Before October 2010, PEDV infections were endemic in Chinese pig populations, but there were no reports of large-scale outbreaks.61 After that, highly virulent PEDV strains emerged in China, causing high mortality rates (up to 100 per cent) in neonatal piglets.62 In 2013, PEDV emerged for the first time in North America and caused large-scale outbreaks.59 By 2017, PEDV had been detected in many countries in Europe, Asia, and the Americas, but its presence in Australia and Africa has not been reported.

Morphologically, the virions of PEDV have the typical appearance of a coronavirus. They are nearly spherical or pleomorphic and have a mean overall diameter of 130 nm and a fringe of club-shaped projections with a mean length of 20 nm50 (Figure 1).

Based on common antigenic determinants located on the nucleocapsid protein, PEDV was shown to be antigenically related to feline infectious peritonitis virus and TGEV.41, 72 Antigenic relationships to other members of the family Coronaviridae have not been found. On the basis of genomic analysis, PEDV is most closely related to bat alphacoronaviruses.29

There are no indications that different serotypes of PEDV exist.41 Genetically, PEDV strains can be divided into two major groups: classical PEDV strains and emerging PEDV strains.42, 66  Isolates from Europe and Asia that are genetically similar to the prototype CV777 strain originally isolated in Belgium are referred to as classical PEDVs. The highly virulent strains that emerged originally in China in 2010 and have spread to the Americas, Europe and other countries of Asia are referred to as emerging non-S INDEL PEDV. Recombinants between these two major groups of PEDV are called S INDEL strains and circulate in Asia, Europe and the Americas. Currently, no classical PEDV strains have been identified in the Americas. Other minor PEDV variants have been reported. Emerging non-S INDEL PEDV strains bearing large deletions (194-216 aa) in the N-terminal domain (NTD) of the S protein are designated as S1 NTD-del type of PEDV.21, 45, 63 Unlike the altered tissue tropism from enteric TGEV to respiratory for the TGEV variant, porcine respiratory coronavirus (PRCV), these PEDV strains have retained their enteric tropism, but with reduced virulence.28, 64 Furthermore, recombinant swine enteric coronaviruses (SeCoVs), i.e. recombinants between TGEV (backbone) and PEDV (S protein) have been reported in Europe.5, 14

The virus is sensitive to ether and chloroform. It loses its infectivity when heated at 60 °C for 30 minutes, but it is moderately stable at 50 °C. It is stable between pH 5 and 9 at 4 °C.

Porcine epidemic diarrhoea virus can be cultivated in Vero cells supplemented with trypsin in a serum-free medium. Not all Vero cell lines are equally susceptible. Cytopathic effects are characterised by the formation of syncytia.26, 45 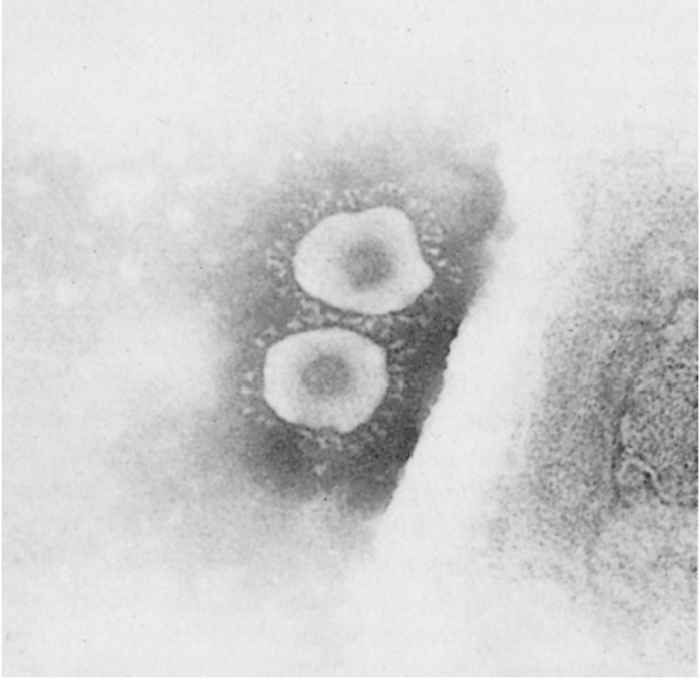 The pig is the only species that is known to be naturally infected by PEDV. Infection occurs by the faecal–oral route. Infected pigs can excrete infectious PEDV in faeces for about two weeks.16

Currently, classical PEDV strains are circulating in Asia and Europe, while emerging...