Pseudorabies (PR) is a disease caused by suid herpesvirus 1 and characterized by neurological signs in piglets, respiratory disease and lower growth performance in fattening pigs, and reproductive failures in sows. Older pigs generally survive the acute infection and carry the virus in a latent form for their entire life. Pseudorabies virus may be transmitted from pigs to other animal species, which invariably die from acute nervous disease.

The first to demonstrate that PR was caused by a virus different from rabies virus was Aladar Aujeszky in 1902.1 It is striking that pigs were not mentioned at all in his article, while at present it is well known that pigs are the natural host of the virus, and the only source of virus dissemination.

In the 1970s the economic importance of the disease increased as the pig industry intensified. Another reason for increased economic losses and spread of suid herpesvirus 1 [also known as pseudorabies virus (PRV)] might have been the emergence of more virulent strains.

Figure 82.1 Map of PRV showing the approximate locations of the genes coding for the glycoproteins. The genome contains a unique long (UL) and unique short (Us) region, which are divided by inverted repeats, the internal repeat (IR) and the terminal repeat (TR) 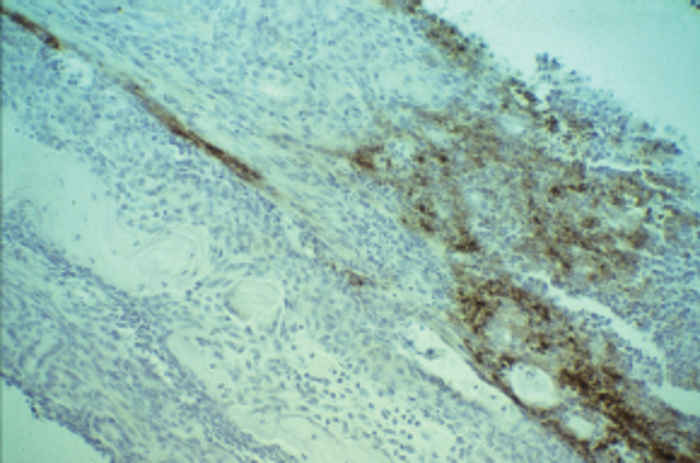 Figure 82.2 Nasal mucosa of a pig showing lesions caused by the primary replication of suid herpesvirus 1

The disease currently occurs virtually worldwide, particularly in countries where pigs are intensively raised. The UK (except Northern Ireland) and Denmark have succeeded in eradicating it; other free countries include Australia, Canada, Finland and Sweden. Eradication programmes are in progress in several countries, such as Belgium, France,Germany, Japan, the Netherlands, New Zealand and the USA.

Antibodies against PRV have been detected in wild boar (Sus scrofa) in Tunisia.38 No serological evidence of PRV infection in South Africa was found when sera from 5 337 pigs, obtained from slaughterhouses in the early 1990s, were examined. 100 Pseudorabies virus has been isolated from specimens from Zaïre. In spite of the importation of pigs from PR endemic areas, the disease does not appear to have become established in southern Africa.55

Suid herpesvirus 1 is classified in the family Herpesviridae, subfamily Alphaherpesvirinae, genus Varicellovirus. It has a size of 150 to 200 nm and contains double-stranded DNA of about 150 000 base pairs which encodes at least 70 proteins, of which more than 50 have been identified. The nucleoprotein is wrapped in a capsid consisting of 162 capsomeres. The capsid is surrounded by the tegument and the lipid bilayer envelope which harbours the glycoproteins. Eleven glycoproteins have been described: gB, gC, gD, gE, gG, gH, gI, gK, gL, gM and gN, of which gG is the only nonstructural one (Figure 82.1 ). The glycoproteins are involved in the complex interaction of PRV with its host and thus play a crucial role in the pathogenesis and immunology of the infection.

Glycoprotein C (gC) is the major attachment protein and binds to heparin sulphate proteoglycans on the cell surface, and subsequently gD stably binds to an unidentified cellular receptor. Glycoproteins B, D, H and L are involved in the penetration process. The glycoproteins gC, gE, gG, gI, gK, gM and gN are not essential for the growth of PRV in cell cultures. For efficient cell-to-cell spread, the glycoproteins gB, gD, gE, gH, gI, gK and gL are important. Glycoproteins gE and gI, which form a complex, promote cell-to-cell spread and are involved in virion release.66

Although restriction endonuclease fingerprints can differentiate between isolates and have been used to divide strains in four major genome groups,30, 71 PRV consists of one genotype. Only slight sequence variation can exist, e.g. less than 3 per cent in the gC gene.35 There is one antigenic type of PRV, in that antibodies against one isolate invariably neutralize another isolate. With the use of monoclonal antibodies, antigenic variation4, 40, 75 and antigenic conservation have been described.68, 92, 101

Pseudorabies virus has a broad range of virulence. Virulence indicates to what degree a particular virus strain produces disease; it can only be determined in standardized experimental infections of pigs. Highly virulent strains induce severe disease and mortality, whereas strains of low virulence give rise to mild disease or subclinical infections. Many genes play a role in the expression of virulence:

The virus is relatively stable against environmental influences. In an atmosphere of 55 per cent relative humidity and a variety of droplet sizes, PRV had a half-life of 44 minutes at 4 °C and 36 minutes at 22 °C. At this latter temperature, the virus would...