Q fever is a zoonosis caused by Coxiella burnetii, a bacterium that is found worldwide in domestic ruminants which are the main reservoirs for human infections. While most infections are asymptomatic, abortions occur occasionally in domestic ruminants, and humans may develop severe life threatening forms of the disease.

In 1937, ‘Q fever’ (for query fever) was proposed by Edward Holbrook Derrick to describe a febrile illness in abattoir workers in Brisbane, Australia.24 Macfarlane Burnet and Mavis Freeman reproduced the disease in guinea pigs, mice and monkeys and observed numerous intracellular small rods in smears from spleens of infected mice.20 Independently, Gordon Davis at the Rocky Mountain Laboratory in the USA found that ticks collected in Nine Mile, Montana, produced a febrile illness in guinea pigs on which they were allowed to feed. Davis and Herald Rea Cox found the aetiological agent was filterable and displayed properties of both viruses and rickettsiae and, in 1938, Cox succeeded in propagating the infectious agent in embryonated eggs.22 Shortly thereafter, Rolla Eugene Dyer, Director of the National Institutes of Health, became infected with the organism while working in the Rocky Mountain Laboratory and a febrile illness was reproduced in guinea pigs inoculated with Dyer’s blood. Cross-immunity was demonstrated between microorganisms isolated from Dyer’s blood, the Nine Mile agent and the Australian Q fever agent obtained from Burnet.26 Although the agent of Q fever was initially called Rickettsia burnetii, a new genus Coxiella was proposed in 1938 and the agent was named Coxiella burnetii in recognition of the work of Cox and Burnet.45

Q fever was detected in Europe during the Second World War and has subsequently been diagnosed in 51 countries on five continents.41, 58 The first serological evidence for Q fever in southern Africa30 was soon followed by a description of a clinical case in a recently immigrated stockman who contracted the disease on the Witwatersrand in South Africa.69 A subsequent serological survey carried out by the South African Institute for Medical Research, and published in their 1953 Annual Report,4 claimed that Q fever was the commonest rickettsial infection in people in South Africa.

Coxiella burnetii is a Gram-negative, obligate, intracellular, bipolar rod measuring 0,2 × 1,0 μm. It is currently classified in the genus Coxiella, tribe Rickettsiae, family Rickettsiaceae, order Rickettsiales45 but recent phylogenetic studies, based mainly on 16S rRNA gene analysis, have shown the Coxiella genus belongs in the gamma subdivision of the Proteobacteria79, 91 along with the closely related genera Legionella, Francisella and Rickettsiella.

During infections, C. burnetii bind to receptors on monocytes/macrophages and are internalized in phagosomes which rapidly fuse with lysosomes to form phagolysosomes that appear as large vacuoles in infected cells.21 Coxiella burnetii is an acidophilic bacterium and its metabolism is enhanced by the acidic pH in the phagolysosome. 97 There are two distinct morphological forms of C. burnetii.53 The ‘small cell variant’ (SCV) is a compact, small rod with a very electron-dense centre of condensed nucleoid filaments while the ‘large cell variant’ (LCV) is a large, less dense, pleomorphic organism with a clear, periplasmic space between the outer and cytoplasmic membranes (Figure 43.1). A dense endospore-like body 130 to 170 nm in diameter might be found at one pole of some LCV (Figure 43.2). Both forms multiply by transverse binary fission. The SCVs are metabolically inactive and are the extracellular form of the organism. Once taken into the phagolysosome they are activated by the acidic environment and form LCVs, the metabolically active intracellular form of the bacterium. The cytoplasm of the host cell becomes filled with vacuoles loaded with organisms (Figure 43.3). ‘Large cell variants’ undergo sporogenic differentiation and form resistant, spore-like forms of the bacteria. These develop to SCVs that are released when the cells lyse. 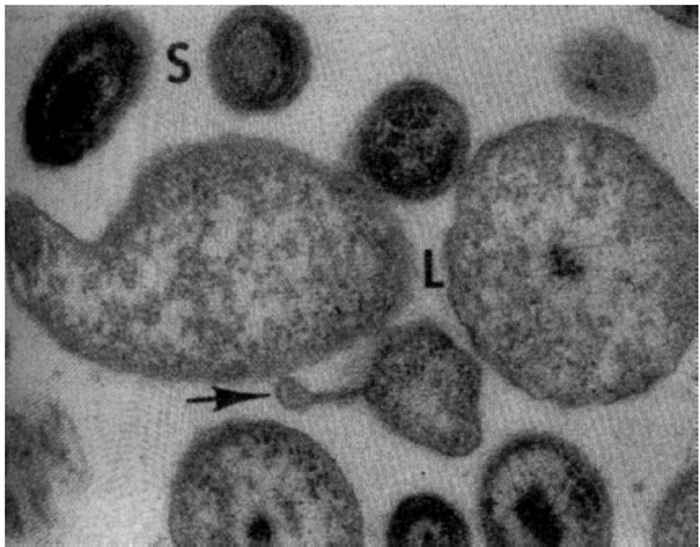 Figure 43.1 Vegetative (L) and small, compact electron-dense (S) forms of Coxiella burnetii (McCaul and Williams53). (Reproduced by kind permission of McCaul and Williams and the American Society for Microbiology) 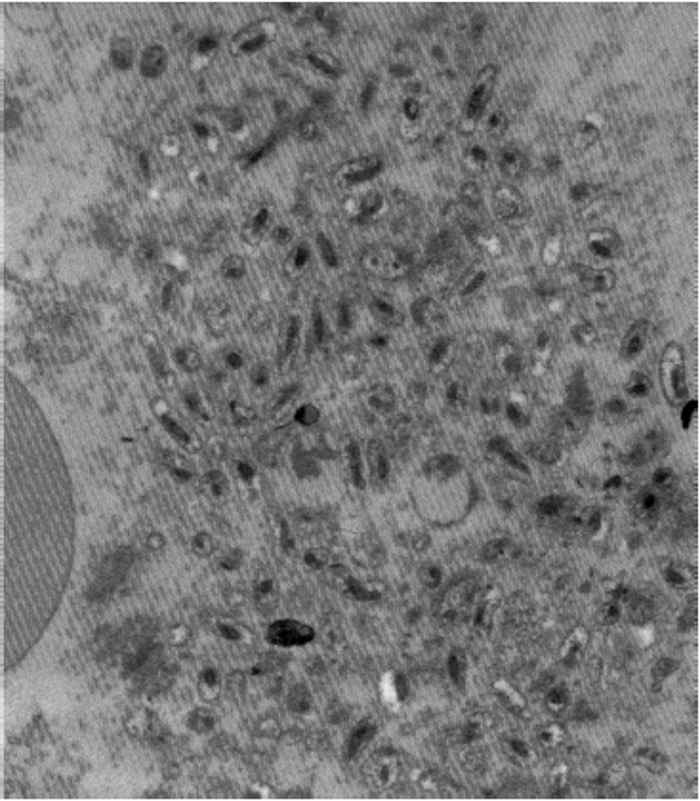 Figure 43.2 Electron micrograph of an intracytoplasmic colony of Coxiella burnetii 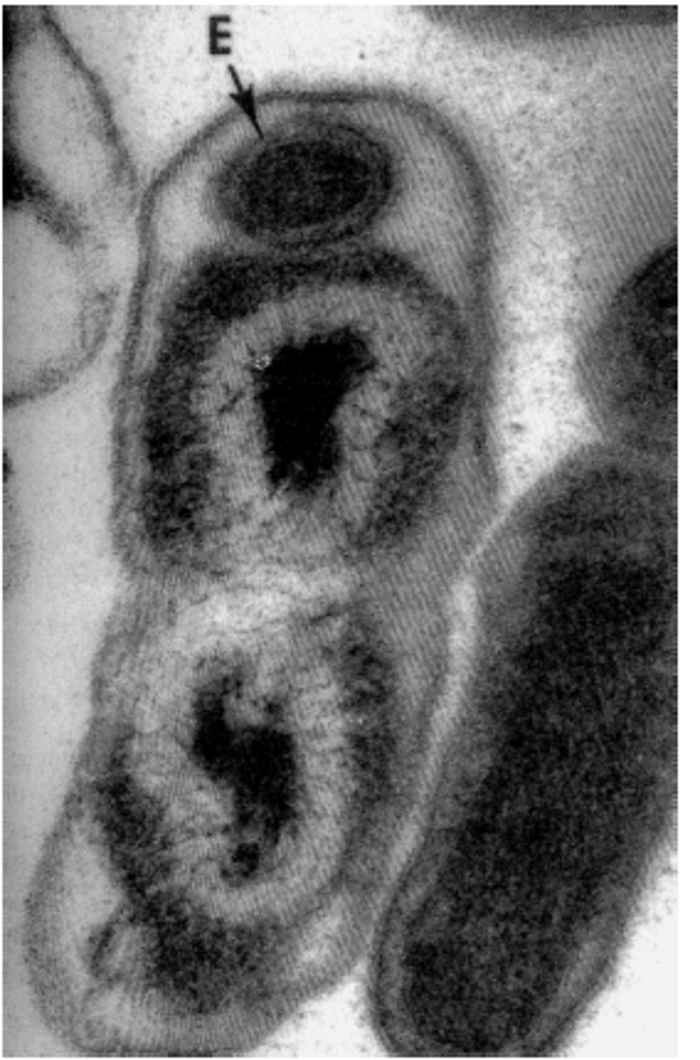 Figure 43.3 Developing polar spore (E) of Coxiella burnetii 53). (Reproduced by kind permission of McCaul and Williams and the American Society for Microbiology)

Coxiella burnetii undergoes phase variation,81 mainly due to variations in the lipopolysaccharide of the organism. Phase I is the natural, highly infectious form of the organism which is found in infected animals, arthropods and humans.

The genome of strains of C. burnetii varies from 1,5 to 2,4 Mb and isolates can be placed in genomic groups based on analysis by restriction fragment length polymorphism (RFLP) and pulsed-field...