Rotaviruses are ubiquitous in nature and generally cause infection of the small intestine in the young of many mammal and bird species.50 The disease occurs predominantly in intensively reared animals and is characterized by acute disease, a short incubation period, anorexia and diarrhoea.

Rotavirus infection was first recognized in 1963 in mice,2 followed by isolation of the SA11 (simian agent 11) in vervet monkey cell culture.18, 96 In 1969 virus particles (70 nm in diameter) were detected in bovine faeces and were shown to be associated with diarrhoea in calves.112 These murine,119 simian and bovine agents were later found to share a common group antigen and to be morphologically indistinguishable by transmission electron microscopy (TEM). Bovine rotaviruses (BRV) were among the earliest rotaviruses to be successfully adapted to cell culture110 after which research efforts were directed toward their characterization.

Rotaviruses are now classified in the family Reoviridae, genus Rotavirus,44, 50, 102 and each rotavirus is named after the species in which it occurs.They have a distinct morphology, revealed by TEM of negatively-stained virus in faeces (Figure 1). Those from different species and serogroups are morphologically indistinguishable, i.e. a non-enveloped virion with icosahedral symmetry.59 Three types of particles are evident: viral cores, double-layered and the triple-layered, with the latter constituting the complete infectious particle.

The rotavirus genome is composed of eleven segments of double-stranded RNA encoding six structural (VP1–VP6) and six nonstructural (NSP1–NSP6) proteins.50 The segments can be readily separated by polyacrylamide gel electrophoresis (PAGE) producing a characteristic pattern known as an RNA electropherotype.145

The dsRNA segments can be divided into four class sizes (I to IV) based on migration through PAGE. Group A rotaviruses have a characteristic 4-2-3-2 PAGE pattern which is generally conserved among these viruses. However, groups B and C rotaviruses, which are also found in most domesticated livestock, have distinct patterns that allow rapid differentiation of strains from different serogroups.7, 132, 158 The group B rotaviruses have a characteristic RNA electropherotype where the segments cluster in a 4-2-2-3 pattern, and the group C rotaviruses exhibit an electrophoretic pattern of 4-3-2-2.132, 158 The viruses from the different serogroups of A, B and C rotaviruses also have distinct group antigens (see below) that induce non-cross-reactive antibody spectra. 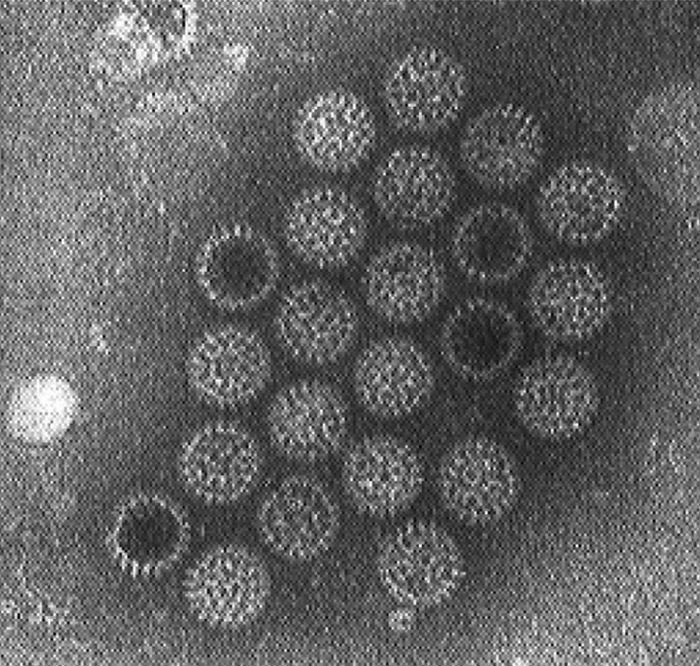 Considerable antigenic diversity is found among rotaviruses and, historically, isolates were classified into groups based on the viral protein 6 (VP6) antigenic characteristics. They are further subdivided into dual serotype specificities (serotypes) and genotypes on the basis of outer capsid antigens/genes VP7 and VP4 (Table 1). To date, rotaviruses have been classified into at least nine groups/species (designated as RVA–RVI) on the basis of differences in the antigenicity of their middle capsid VP6 protein and nucleotide sequence identities of the VP6-encoding gene.100, 106, 117 A tentative tenth group (RVJ) was reported in bats.9 Among the nine RV groups, RVA, RVB, RVC and RVH are found in both humans and animals, while RVD–RVG have been detected only in animals, including birds, so far (Table 1).

Rotaviruses belonging to the RVA group are the most common cause of viral diarrhoea in a wide variety of animal species and birds and the most diverse group both genetically and antigenically due to point mutations and reassortment of cognate genes.105 However, most recent data also show a significant diversity of RVB and RVC in pigs.6, 97, 101 Thus group A rotaviruses from calves, lambs, piglets and human infants share common or related antigens that are cross-reactive amongst these strains. These are distinct antigenically and by gene sequence from the VP2 and VP6 proteins of the group B or C rotavirus...