Tyzzer’s disease was first described in 1977 by Tyzzer 26 in laboratory mice. Since then, naturally occurring disease has been reported in a variety of laboratory and wild rodents, rhesus monkeys, dogs, cats,6, 8, 14 and several species of wildlife.13, 31 In horses, Tyzzer’s disease was first reported in 1973 21 and has subsequently been diagnosed in foals in many countries,2, 10, 22, 23, 25, 30 including South Africa.27 It has also been encountered in two calves.15, 29 The disease in foals and calves is an acute, fatal infection characterized by a multifocal, necrotizing hepatitis. It is caused by the bacterium Clostridium piliforme.

In laboratory animals losses may be extensive,8 but in horses the disease occurs only sporadically in individual foals.

The causative organism was previously classified as Bacillus piliformis although it did not belong to the genus Bacillus, whose members are Gram-positive, spore-forming rods.3, 12, 17 Bacillus piliformis was not listed in Bergey’s Manual of Systemic Bacteriology of 1984.16 Using16S rRNA sequence analysis, the phylogenetic relatedness of the Tyzzer’s bacillus to the genera Clostridium was demonstrated and the causative agent was subsequently reclassified as Clostridium piliforme.5 In their review of Tyzzer’s disease, Ganaway et al.8 described C. piliforme as a Gram negative, spore-forming, pleomorphic rod, 0,5 μm wide and 8 to 10 μm long. It may occasionally be up to 40 μm in length. The bacterium is an obligate, intracellular parasite and is motile, propulsion being by means of peritrichous flagella. In tissue sections, it sometimes appears beaded or banded. This may represent transitional stages in the development of spores.8

The vegetative form of C. piliforme is very labile and is rapidly destroyed in tissues undergoing autolysis. Organisms are also destroyed by freezing, storage at low temperature, heating and centrifugation.8

Spores, on the other hand, survive for as long as a year in soiled bedding of mice,26 and resist repeated cycles of freezing and thawing, heat and certain disinfectants, such as 0,3 per cent sodium hypochlorite solution.7, 8

Little is known about the epidemiology of Tyzzer’s disease in horses. The disease occurs sporadically in foals between 7 and 42 days of age.25 Seldom is more than one foal from a single farm affected at any one time.22 There appears to be no sex or breed predilection, and predisposing factors incriminated in rodents, such as cortisone administration, poor diet, poor sanitation and sulfonamide treatment,8 have not been identified in foals.22, 25, 30 Horses may be susceptible to at least two distinct strains.12 Although Tyzzer’s disease was diagnosed in two Arabian foals suffering from the combined immunodeficiency (CID) syndrome, the prevalence of the disease in foals with CID is not statistically different from that in foals without CID.25

The isolated and sporadic nature of the disease suggests that it is not highly contagious. Because the vegetative form of C. piliforme is labile and rapidly loses infectivity outside host cells, it is assumed that natural transmission occurs through the ingestion of spores from an environment contaminated by the faeces of infected animals. Many adult horses may be asymptomatic carriers of C. piliforme, and foals can become infected by organisms that are shed in the faeces of such horses.20 Nurse mares may be of particular importance in spreadingthe infection between different farms.20 As foals are naturally coprophagous during the first few days after birth, the most likely route of infection would seem to be per os.2 Rabbits, mice, rats, muskrats and cats, which are all susceptible to natural infections, may also act as reservoirs for environmental contamination.10 Interspecies transmission of Tyzzer’s disease under natural conditions has not been reported.31 Transplacental transmission of C. piliforme has been demonstrated in mice 31 but not in horses. 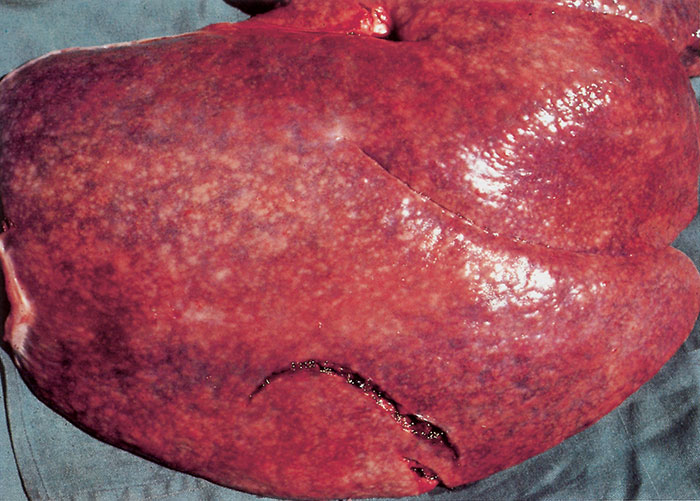 Figure 208.1  Swollen, mottled liver of a foal that died from Tyzzer’s disease 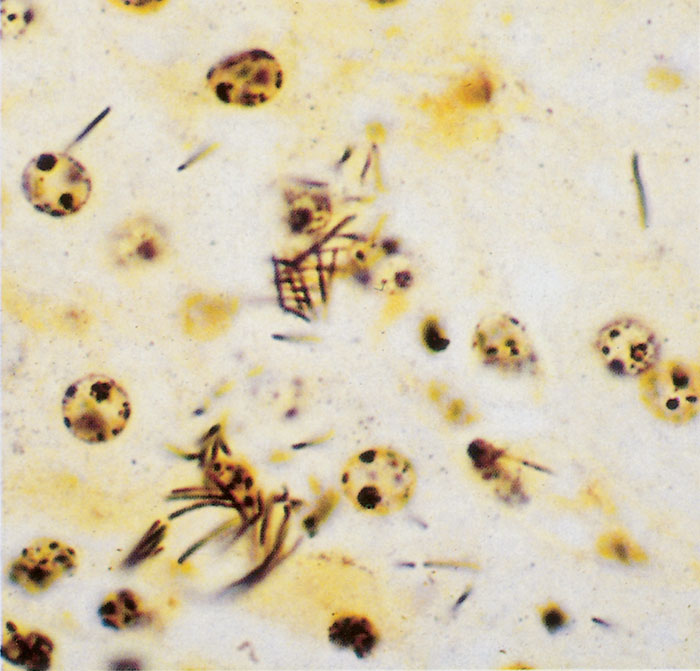 Figure 208.2  Photomicrograph demonstrating numerous intracellular Clostridium piliformis in a section of a liver from a foal that died of Tyzzer’s disease (Warthin-Starry silver impregnation)

The pathogenesis of Tyzzer’s disease has not been elucidated, but is believed to involve a primary intestinal infection with spread of the organism to the liver and heart.31 Organisms invade hepatocytes, resulting in their death and the formation of necrotic foci. Occasionally, both acute and chronic liver lesions are present in foals, indicating successive cycles of hepatocellular necrosis after initial infection of the liver.27, 30 Foals may suffer from subclinical liver necrosis for some time before death ensues or clinical signs develop.30

Foals are often found dead having shown no premonitory signs or prior history of illness.20, 25, 30 If clinical signs do occur they usually are of sudden onset and may include fever, listlessness, depression, anorexia, dehydration, and icterus.2, 10, 22, 25, 27 Tachypnoea, tachycardia and diarrhoea are less commonly manifested.4, 19, 24 Terminally affected animals may show convulsions or become comatose before death, which invariably ensues within 48 hours after the first...